The new Jizan Economic City is an industrial and commercial hub with a busy port on the Red Sea. The region is prone to flooding due to poor drainage and heavy seasonal rainfall.

A Saudi Aramco major product for the area is a 23km-long Flood Mitigation Channel. The channel will play a vital role in protecting infrastructure and the community who live in the city. It is also home to Saudi Aramco’s Jizan oil refinery which processes 400,000 barrels of crude per day.

When completed, it will be the world’s largest project to be constructed using glass fibre-reinforced polymer (GFRP) composite rebar as its concrete reinforcement. Mateenbar was selected by Saudi Aramco as the majority supplier of GFRP rebar to reinforce the concrete channel.

A move to corrosion-free infrastructure

The channel marks a significant turning point in the infrastructure sector. It is one of many large scale projects choosing GFRP rebar for its concrete reinforcement worldwide.

The Jizan Flood Mitigation Channel is to date, the largest project worldwide to be using GFRP rebar as its concrete reinforcement throughout.

Al Yamama won the contract to build the channel. In construction, they poured over 1,500m3 of concrete per day in one of the fastest channel construction projects ever undertaken. Over 4,800,000 linear metres of Mateenbar™ were delivered – almost a quarter of which were as Mateenbar™ bends in various shapes.

With any project of this size comes inevitable changes. Last minute design changes and quantity revisions led to the need to scale up production levels to meet delivery dates. To meet this new demand, we had extra automated grinder units and a new bends machine installed. Rapid production of this equipment was achieved with the expertise and support of our engineering and research partner, Pultron Composites. The increase in production was easily achieved so we could comfortably meet construction scheduling deadlines.

Another source of attention was the shape of the flood channel. The design called for an expansion joint in each slab and as a result we needed to supply a shape of bend that bends back onto itself. Typically, this is not possible but after some testing by our pultrusion experts, this complex bend was achieved. The bars were preformed and supplied in time to the project.

Corrosion-free and with high chemical resistance – a design life cycle of 100 years for the channel is assured with little maintenance requirements due to the durability of using high performance glass fibre-reinforced polymer rebar. The JEC Channel will safeguard people and the city from damage caused by flooding. 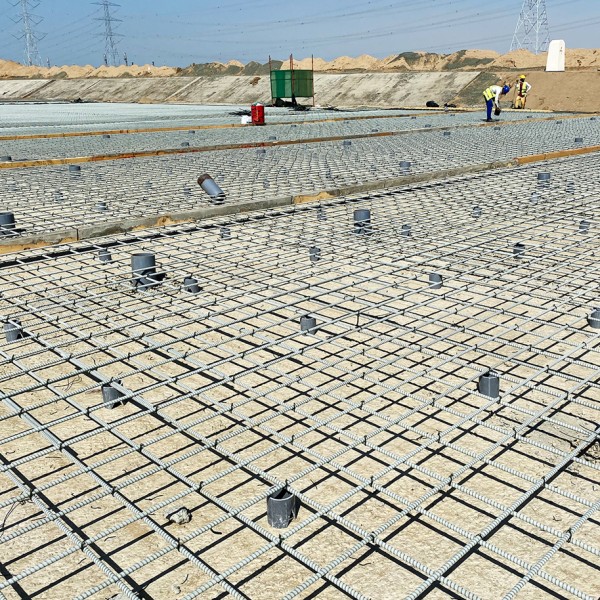 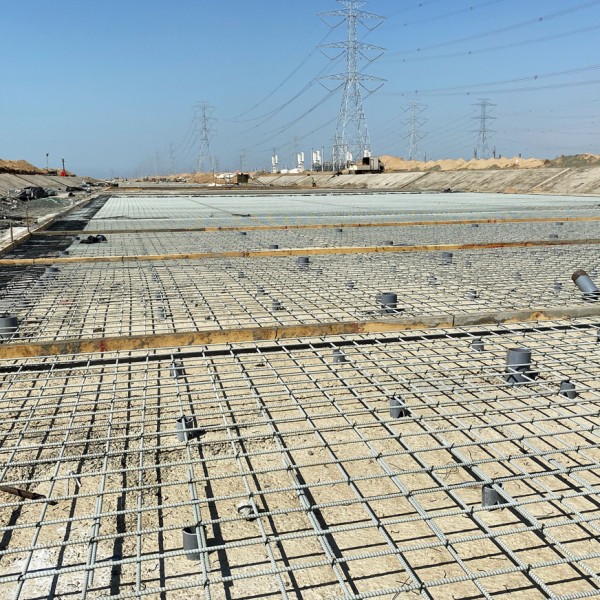